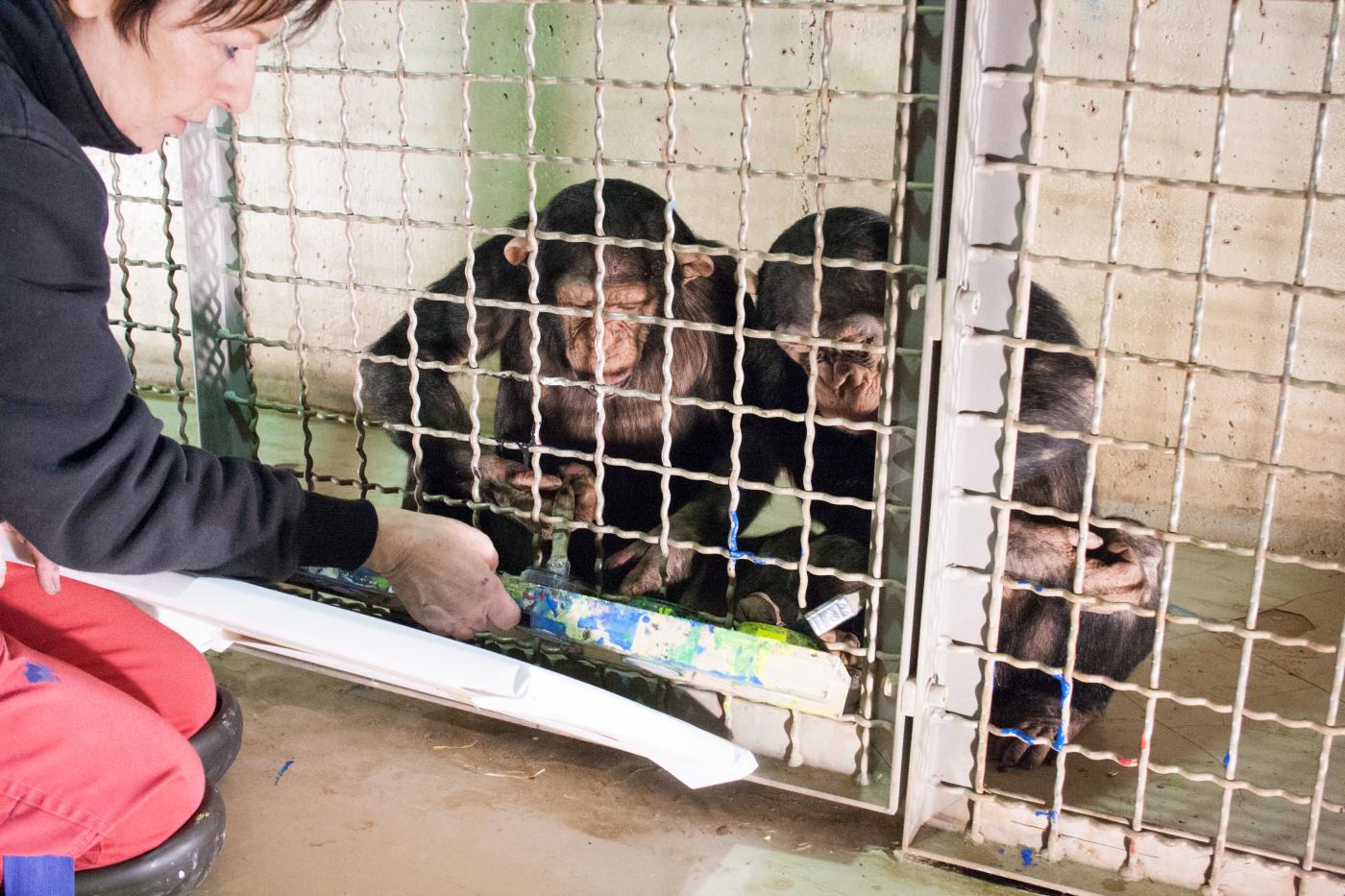 There is loud shouting and everyone leaves

Brigitte throws mulch out of the upper corridor

Chicca strokes through the grid

Madschabu takes the brush and leaves

Brigitte wants only to louse

Today the mood was restless and tense. The twins were present, but they were mainly licking the paint off the brush. Brigitte made a few strokes again, but she was relatively aggressive and uneasy today, and she threw mulch at us from the upper corridor. Tomorrow Cess will be anesthetized so he can be examined by the doctor. This always implies a big risk, which is also a burden for Angela. Apart from that, it was a typical meeting with not very much happening. Nevertheless, some traces were made.