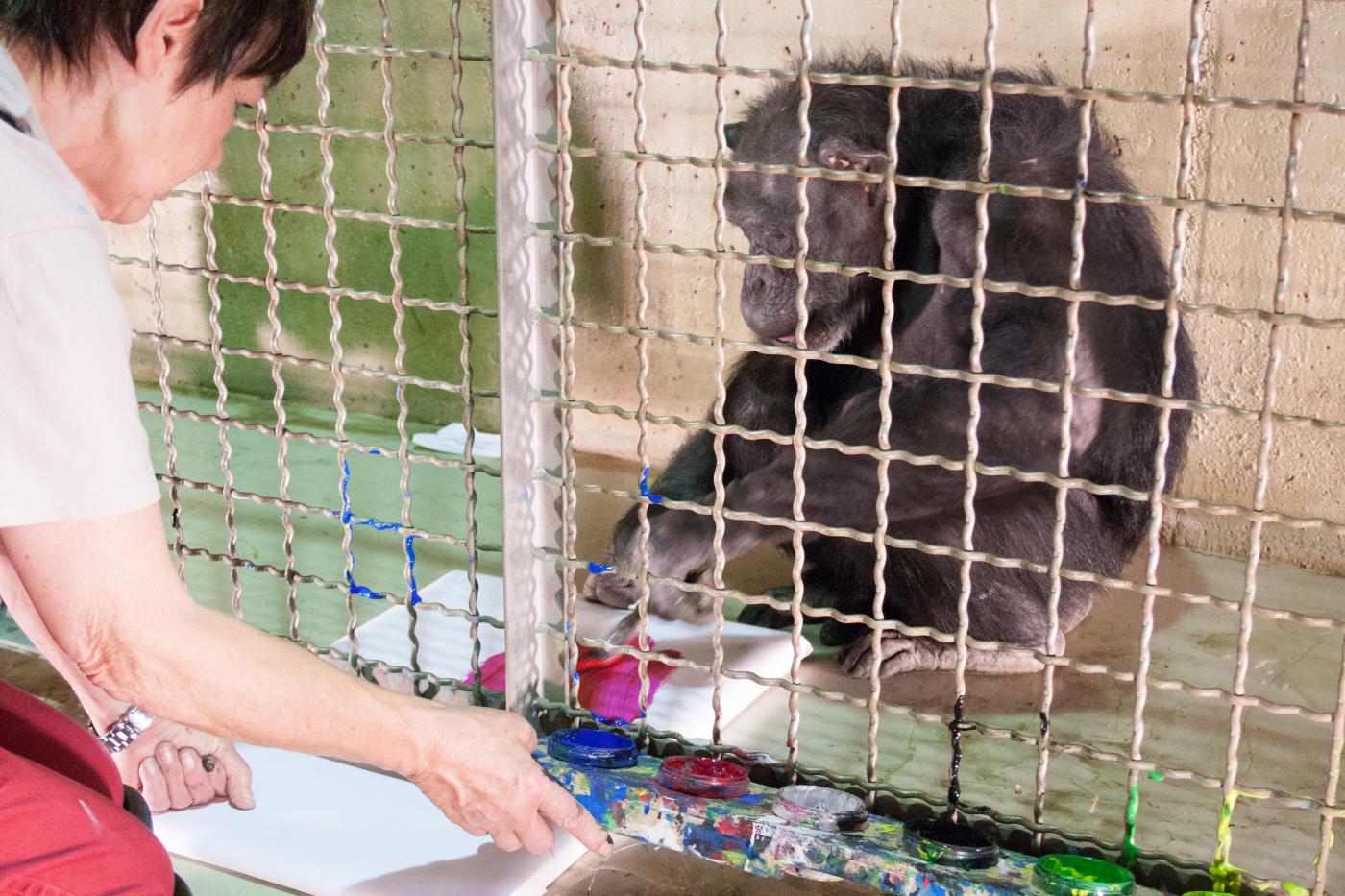 Blacky gets her medication

Fanny
Digit runs through and everyone gets out of the way

Madschabu bites into the edge of the board, then dips the brush into the paint with the handle and leaves

Blacky strokes on the grid and the floor, then on two sheets of paper, then puts the brush down and leaves

Today the atmosphere was relatively quiet and relaxed. Digit ran through the aisles a few times at the beginning. There were quite a lot of chimpanzees present today, but they played rather than producing strokes on the paper. Chicca stroked on a sheet through the grid, while eating a lot of paint in between. Since she had a bit of menstruation swelling, we did not slide the board underneath the enclosure grid. TzippiÕs only interest was eating the paint today. Blacky stroked concentratedly on two sheets and then put the brush down. Pembeele stroked on the wall in the back area towards the outer compound with a brush he found; otherwise he mostly bullied Blacky. Pili joined in and produced a manifestation in his stippling technique, which is very pleasing. Petiri left a few strokes with his tongue on the sheet. Brigitte, who was sitting next to him, is only interested in eating the paint and did not even take a brush into her hand. She puts the paint directly into her mouth with her finger. All in all, it was an average meeting, without any big ups or downs. It is also worth mentioning that the sports camera, which we attached to the upper grid, again attracted some attention, but not as much as the last time.