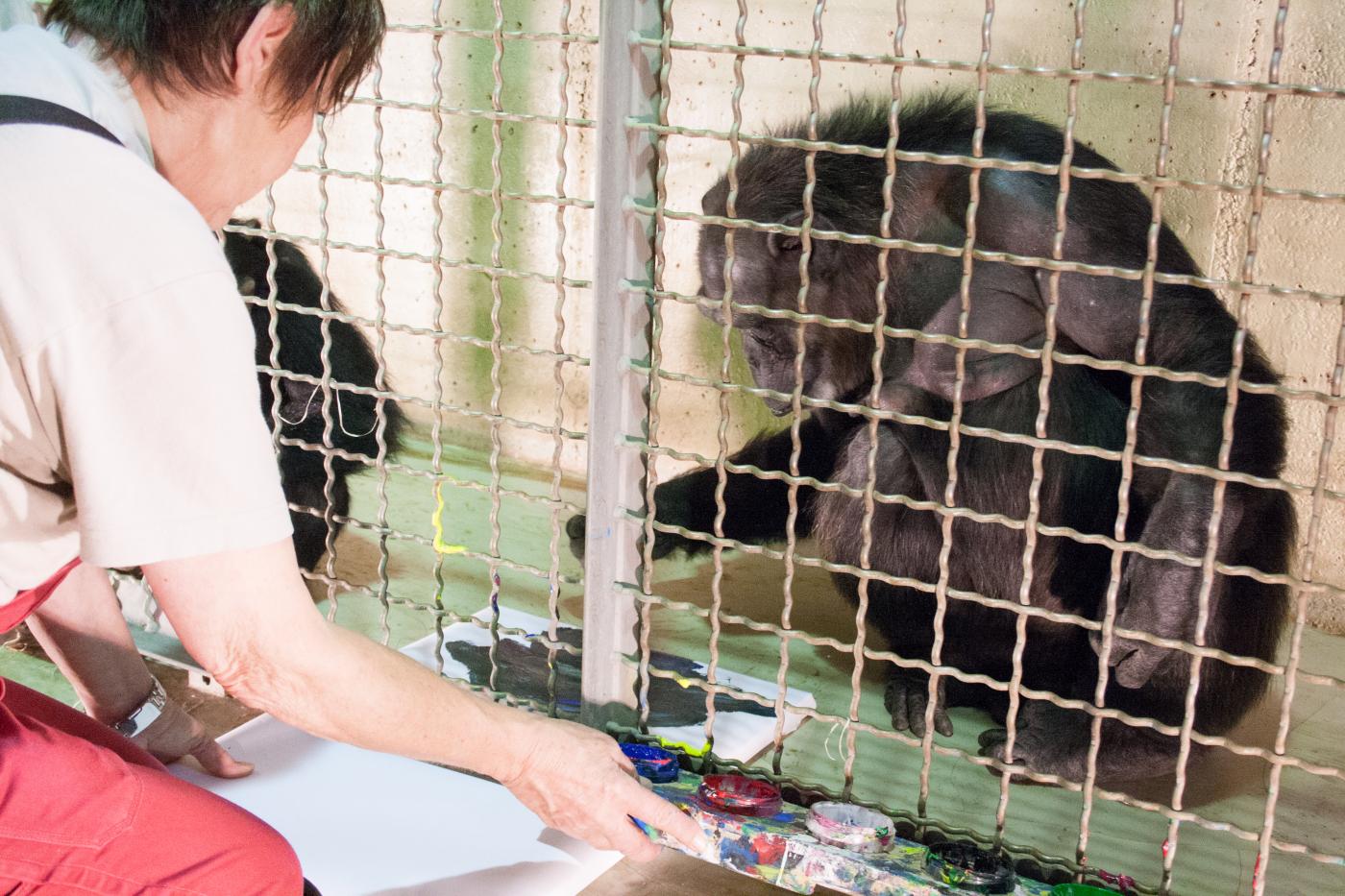 Chicca strokes on the paper we slid underneath the enclosure grid

Petiri strokes a bit on the paper, then returns the brush repeatedly
Pili stipples with Petiri

Elisha takes the brush and dips it into the paint

Digit passes by, and everyone leaves

Malik takes the small board and goes outside with it

Tzippi eats the paint with relish, but shows no interest in stroking with it

Today the mood was calm and a little lax. There were no big surprises or special incidents. It is to be mentioned that Chicca started stroking as soon as we slid the board underneath the grid, whereby she previously ate the paint before. Today she tested each of the paint pots one by one. We have seen this behavior performed also by her son, Mojo, who did so with a small branch on 15 September. After she was finished Chicca examined the sports camera extensively and then, as Balima did the last time, flipped it with her finger from the grid. Digit is very sympathetic to the whole setting, but did not really make any strokes himself. Tzippi was only interested in eating the paint today. It was nice, though, that both alpha animals were with us today. Blacky did not appear at all. Madschabu has obviously internalized the stroking as an activity, but was too listless today. He made a few strokes on the wall and floor, though. Balima was only briefly present in the beginning and then went to the back.