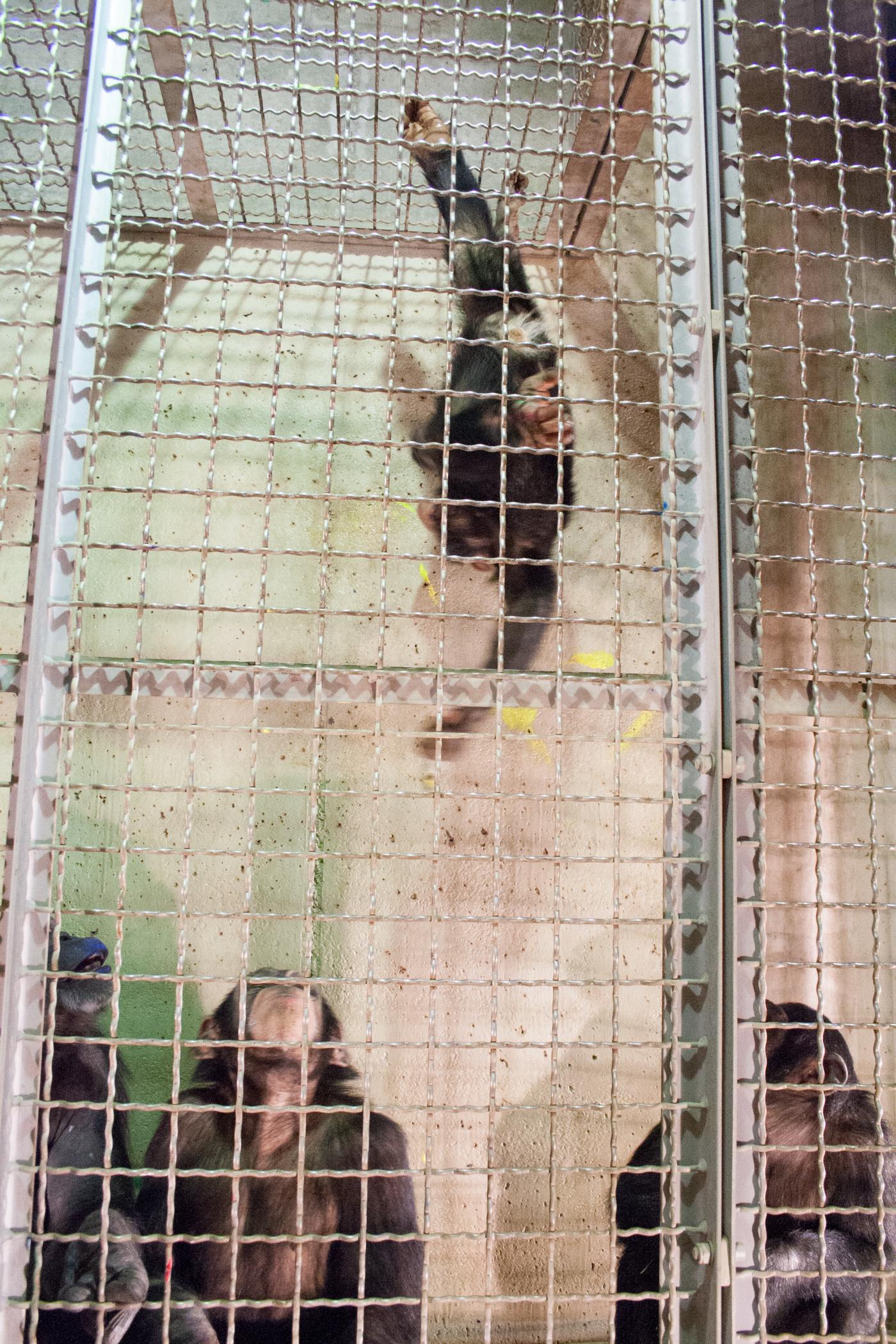 Balima takes the brush, but shows no interest
She sits on the rope and observes the whole session from there

Digit takes the board and breaks it into two

Chicca takes the brush, then examines the sports camera

Mojo joins and takes the brush, dips it into the color and then throws the brush away

Cess returns the brush right away and does not show interest

Pembeele strokes on the wall again

Today the mood was pleasant and stimulating. The newly installed sports camera, which we attached directly to the enclosure grid, aroused a lot of interest and was extensively examined by all participants. Everything went on quietly and the camera neither was damaged nor did it cause restlessness. Madschabu made the start and left traces by stippling the brush on the sheet, which is unusual for him. He was relatively calm and friendly, although Angela had been struggling with him in the morning, as he tried to grab her twice. Blacky again stroked very concentrated and intensely. When Digit took the board inside, he broke it into two pieces, but he gave it back calmly after an inspection. Chicca stroked through the grid, because Digit sat next to her. It was very impressive that Pembeele stroked on the wall with the brush. Mojo also joined in and took brush that was lying around and dipped it several times in the paint. After doing so, he threw the brush away. Oseye also joined the session. Like Mojo, she shows some respect for the board and does not trust the situation very much. She took a brush and went in the direction of the exit to the outer compound. There she stroked a long line while going backwards and dragging the brush along with her. It is exiting that Pembeele and Oseye already made some large traces of color on the floor and the wall, without showing any interest in the paper. We want to encourage them to do so in the future. It is striking that both of them use their whole body to produce a trace: Pembeele by swinging head over heels and Oseye by walking backwards dragging the brush with her. We are eager to see how this will develop.