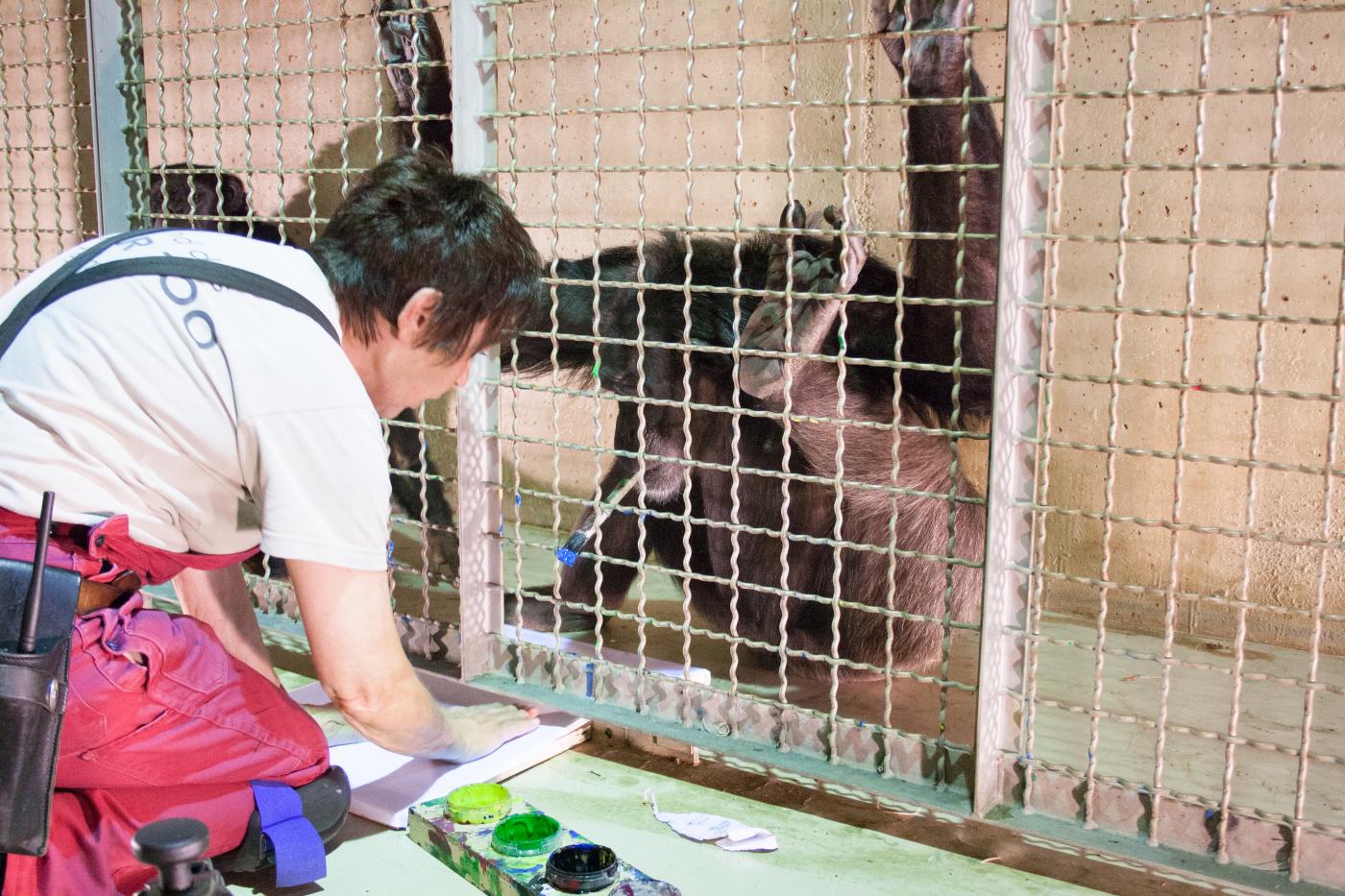 Madschabu is stroking
Cess chase him out

Tzippi dips the brush into the paint herself, dabs a little, spreading the paint with her tongue

Madschabu tears the paper off

Madschabu wants to rip off the paper

Chicca is stroking
Takes the board inside, then returns it
Chicca mainly eats the paint

Chicca strokes through the grid

Digit presses the brush against the paper

Today the mood was already very excited in the morning. During the session, the mood was extremely relaxed. In the beginning, part of the group was still outside. Blacky was the first, but did not stroke very intensely. Pili also stole the brush from her several times. Petiri joined in for the first time sitting at the setting concentratedly and also made a few strokes. Madschabu again stroked and is currently the most involved participant of the group. He has, so to speak, taken over his mother's place. But he likes to rip off the paper, which Angela does not like very much Ð particularly since it is not a good behavior in to the context of the daily routine at the Zoo. She therefore has to be strict with the chimpanzees. We are regularly discussing this point and negotiating about the commensurability of their behavior. Today, Tzippi also examined the paint and the brush for the first time, and even spread the color with her tongue on the paper. Mojo was sitting right next to his sister then. Mojo took the brush for the first time, which makes us incredibly happy. Mojo was from the beginning the one we thought would have the greatest potential, as he is extremely curious and intelligent. However, he has so far been disgusted by the paint and attends the sessions only from a distance. The fact that after almost a year he takes the brush into his hands is surprising. The gentleness he shows in dealing with the tools is extraordinary and makes us hope for more. Digit joined in the end and pressed the brush a few times against the paper. The fact that he is so well-disposed of the sessions is not taken for granted by us and certainly contributes to the success of the group sessions.