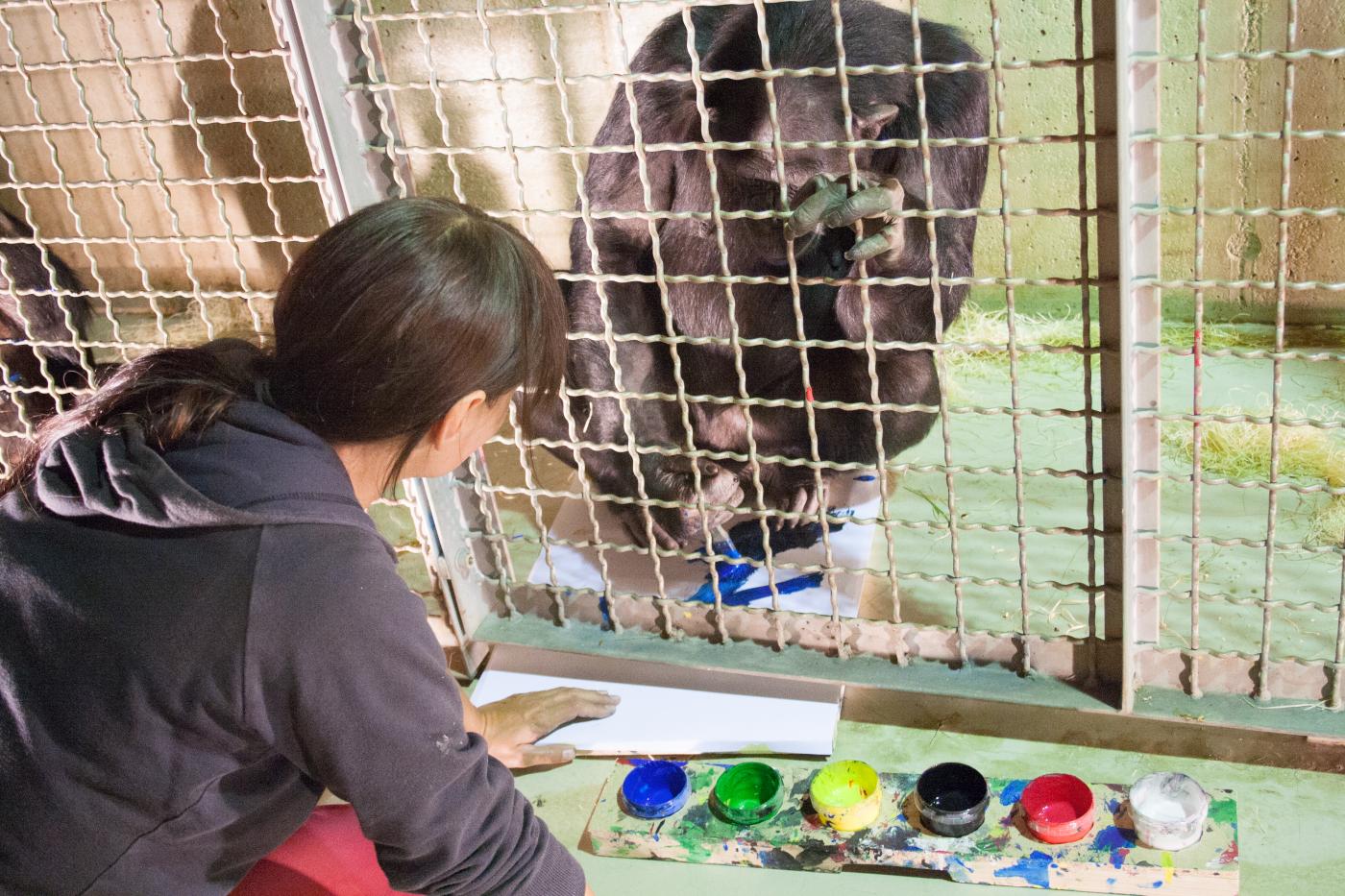 Madschabu takes a brush and wants to stroke

Digit comes back, screaming, and everyone again runs away

Madschabu tears the paper off

Pili wants to sit next to the paper, but Cess chases him out

Pembeele plays a little with the paint

Digit comes back; everyone again leaves

Elisha strokes concentratedly and on several sheets
Malik sits next to her, but does nothing

Malik wants to rip off the paper

Today the mood was tense from the beginning. A video journalist from Tele Ostschweiz was our guest at this session, which made the mood even more tense. Madschabu came immediately and was about to start stroking as Digit interrupted him several times. Digit also chased all of the others away. Balima shows no interest at all. Cess probably does not understand what we want. He was extremely focused on Sabine and did not really look at the paper. He probably also disliked the paint. Elisha joined in at the end and was as focused as never before. When Malik made a line over the stroked color with his fingernail, she immediately stroked over it again. Malik himself showed no interest. Blacky did not come today and neither did Chicca. Pili was occasionally present, but could not stipple because of Cess, although he would have liked to have done so.