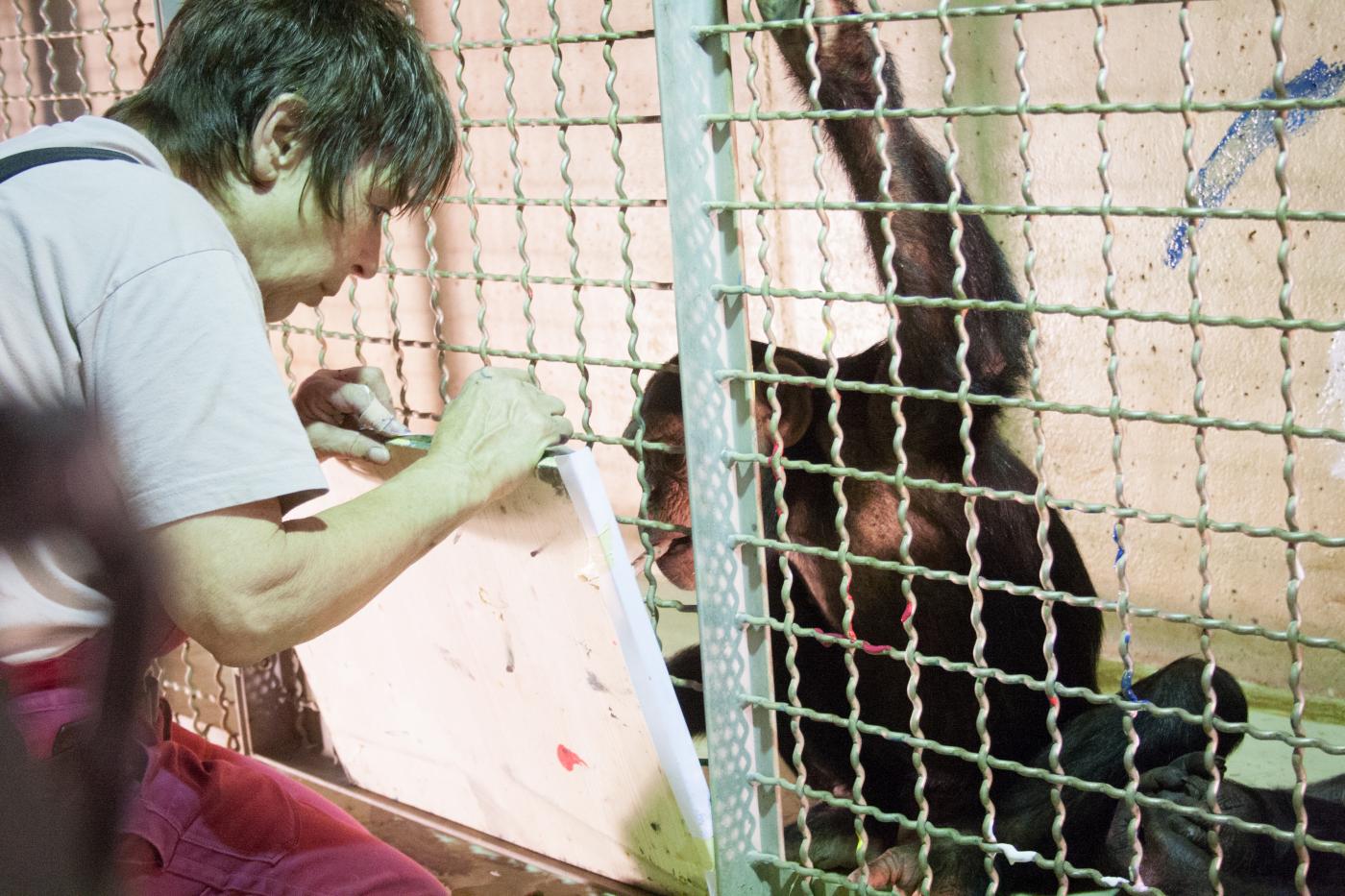 Chicca eats the paint and leaves

Blacky approaches the entrance, but does not dare to come in

Angela demonstrates the stroking to , but she shows no interest

Blacky is still waiting outside

Digit makes noises with the canister
They all run away

The atmosphere was relatively quiet today and a bit sluggish due to the warm temperatures (over 30 degrees C). Digit twice made loud noises with a canister and thus interrupted the session. Elisha joined in today and stroked as we have already seen. She has never been at the actual setting, but already stroked once with Sabine in the back at the exit to the outer compound. This was obviously enough to know exactly what she has to do with the painting tools. She was the first one to strike on the back wall as well, between stroking on the floor and the paper. Madschabu was there from the beginning and stroked. He also stroked on the floor and made a dab on the wall, which he then licked off and again reproduced with a mix of saliva and paint. He repeated this process several times. Angela was rather repellent, which gave him not so much space for the actual stroking. Chicca was very quiet and also stroked in a self-evident manner. Pili also took the brush again and even stroked together with Chicca on the same sheet (again using his stippling technique). Unfortunately, it was not possible for Blacky to join in, although she would have liked to come and even yelled outside because she could not enter. WeÕre curious to see if the fearful Elisha will now join in more often and we hope that Blacky can come to the painting utensils the next time again.