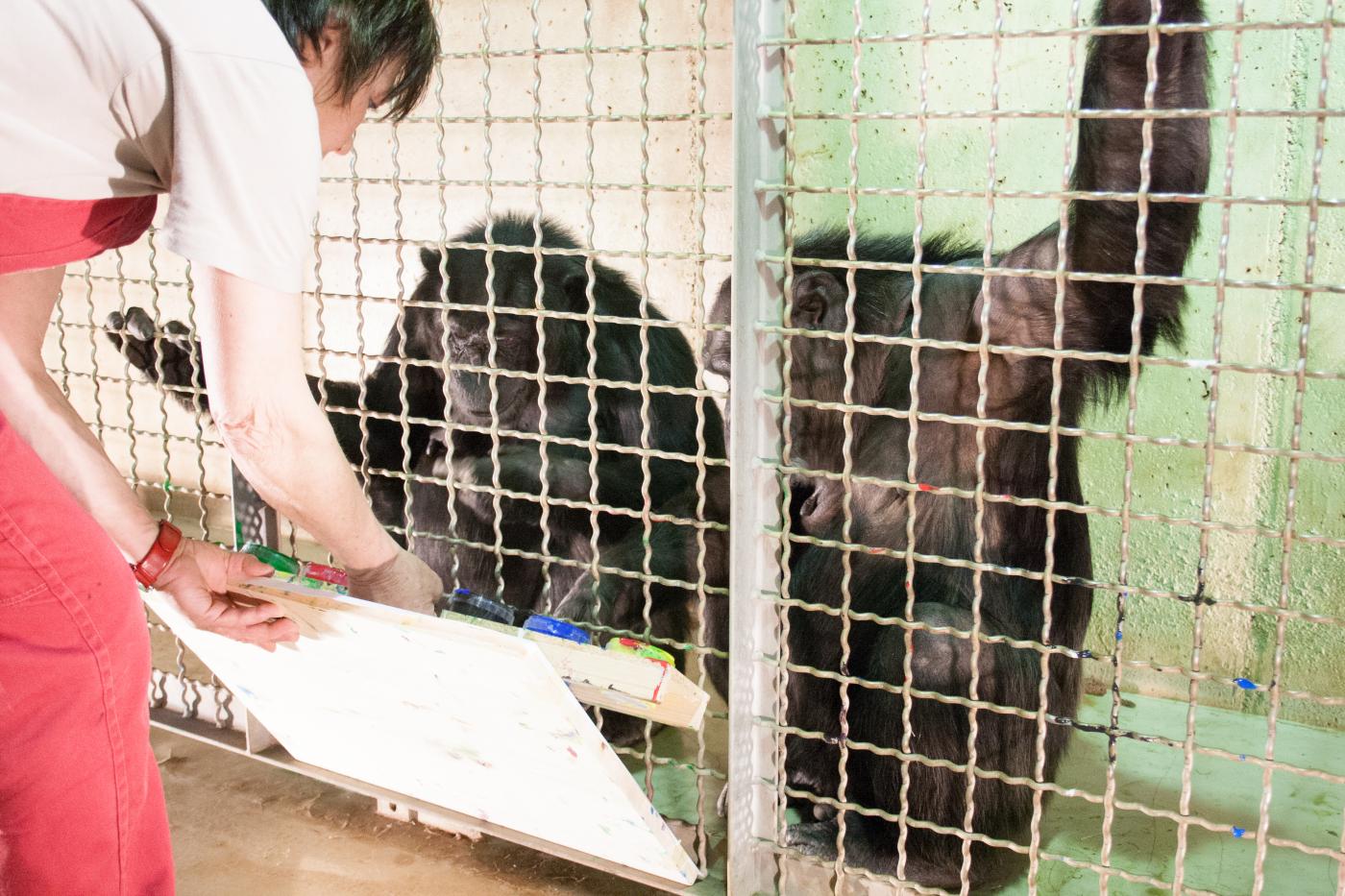 Chicca makes some strokes, then eats the paint and strokes some more before going up to the corridor

Blacky and
Madschabu make strokes
Cess is putting him to rout

Digit is beating up Brigitte
There is much screaming, and everyone leaves

Digit, Ces are blocking the session by waiting at the exit to the outside compound

Cess is stressing out the others
Digit blocks the way

Elisha is near Sabine and is stroking!

Chicca strokes
Tzippi sits next to her
Petiri and Brigitte are also next to her
Pili, Pembeele are very close

Madschabu strokes a little
Brigitte, Pili and Petiri are distracting him

Today the atmosphere was restless and tense. Cess and Digit have beaten up Brigitte again, who also remained downstairs. Blacky and Madschabu joined in instantly, but were very distracted by the others. Elisha was stroking near Sabine today. She even chose the color herself and overlaid the pre-painted area that Sabine had stroked on the paper relatively exactly. Chicca joined in again and stroked. Once again it became clear how unpredictable the group dynamics are and how strongly the ability to concentrate depends on them. We are curious how it will continue with Elisha and hope for a quieter week next time.