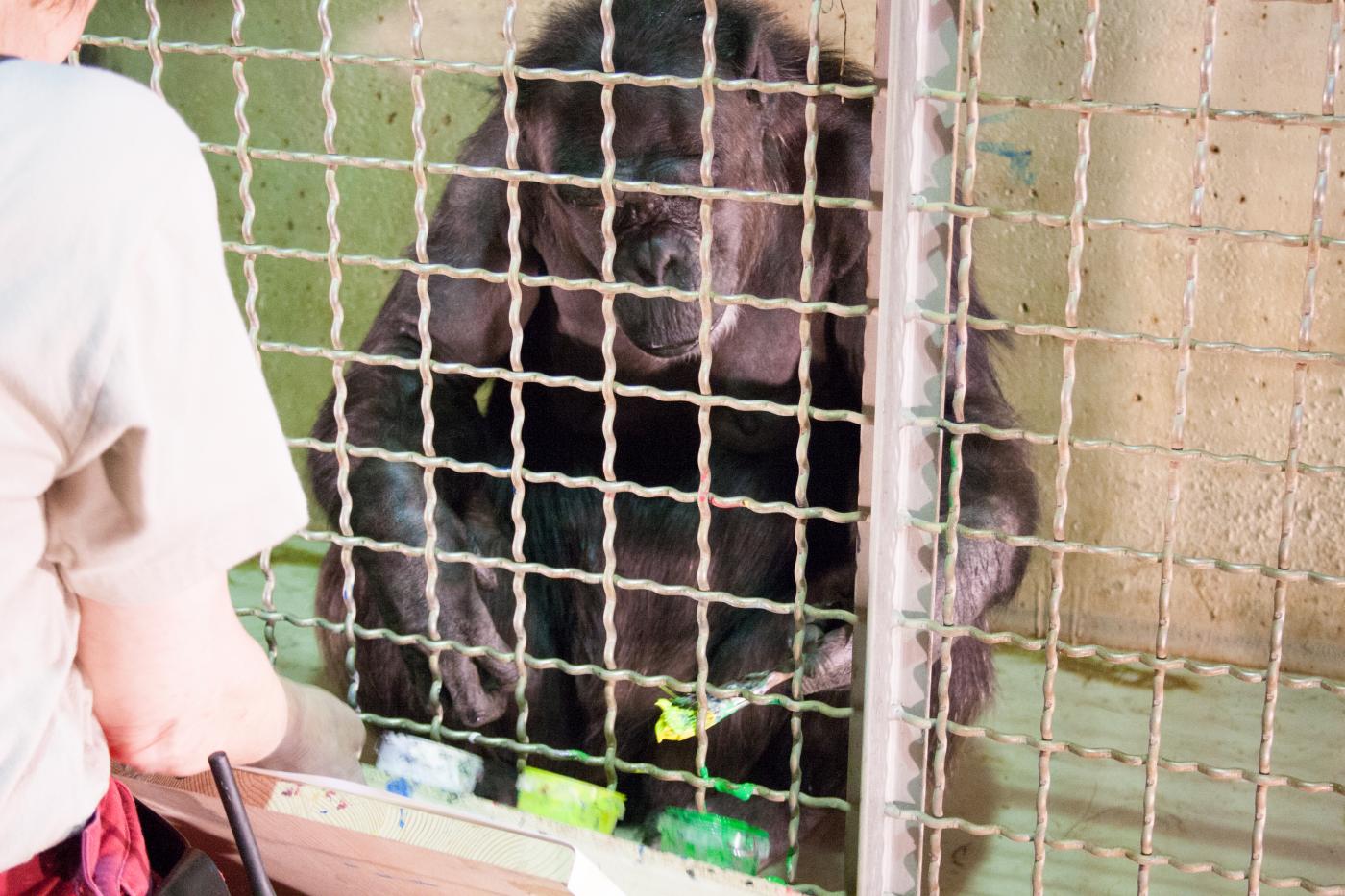 Sabine is further in the back with the wooden structure and Elisha, Malik and Balima

Both Blacky and Macschabu are stroking

Balima dabs paint on the ground close to Sabine

Angela demonstrates the stroking to

Chicca strokes through the enclosure grid

Today we set up two stations for the first time: one as usual in the front of the corridor and the other with the wooden structure from the earliest sessions. It is interesting that both Balima and Elisha made a few strokes. Balima has not even taken the brush into her hand so far. Nevertheless, it is impossible to document the two stations, as they are competing with each other. Since there is only one place at the grid where we can push the wooden board underneath, it still is better to realize the sessions at this location, even if the number of chimpanzees that can participate is reduced. At the front station, Madschabu and Blacky joined as soon as Chicca was gone. They have both began stroking immediately. Chicca interfered intermittently, which, at the third time, finally discouraged the other two. Petiri made three strokes on the wall. He has also been stroking with a brush over the grid, but more because he wanted to produce a sound than that he noticed the production of a trace of paint. Later, Chicca came quietly to the painting tools and stroked through the grid. We are thinking of maybe sliding the wooden board underneath the grid the next time she comes, but this has to be decided by Angela. It is impressive that the stroking has a calming effect on her and that she is scaling back her impulsiveness to be allowed to participate. Pili scratched with his fingernail on the paint attached to the structure. It is impressive that Madschabu and of course Blacky have, ever since they did their first stroke, come to the setting, sat down and stroked with the colors and the brush on the paper again as if it is taken for granted.