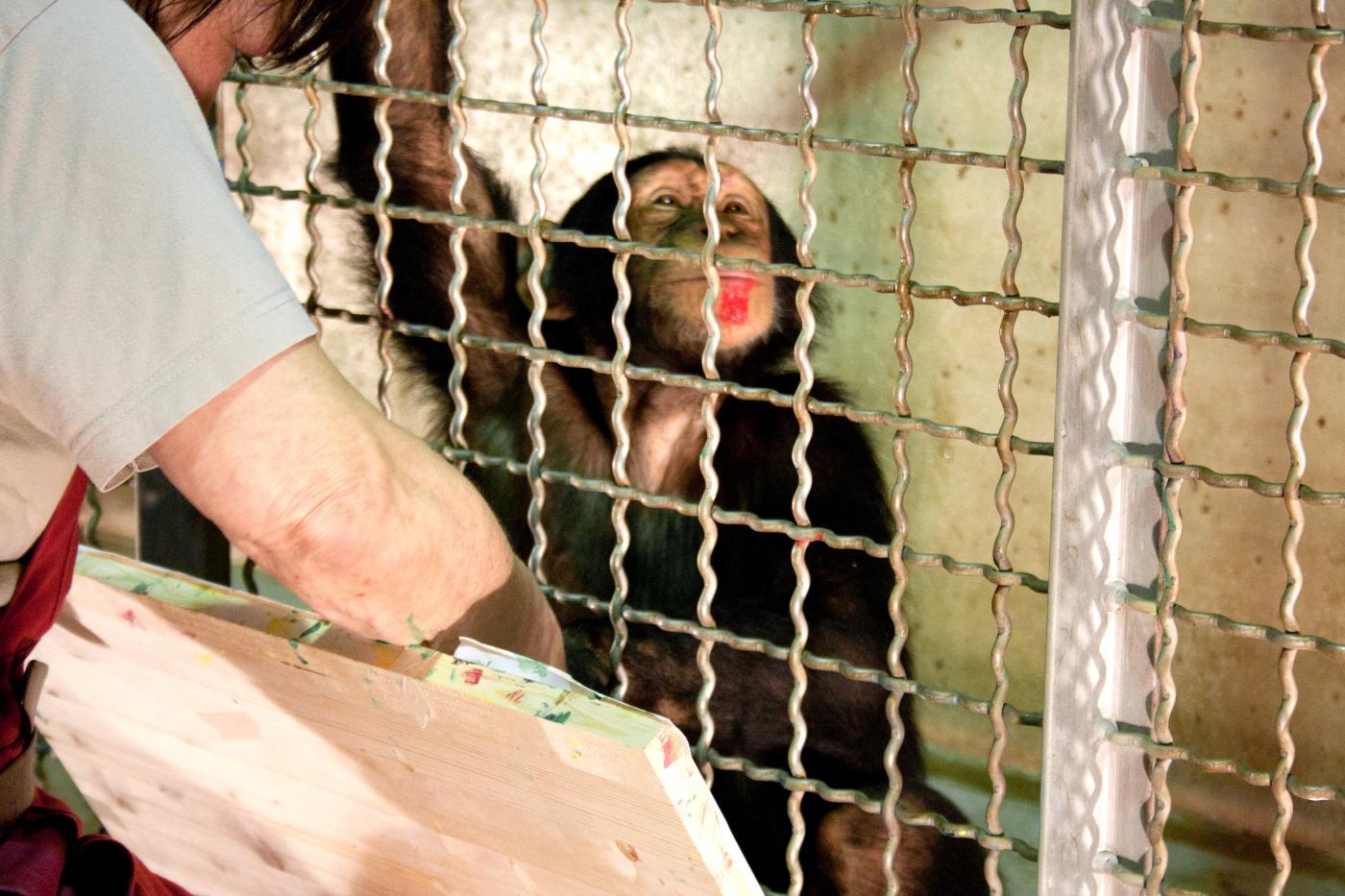 Digit, Chicca, Balima, Pili and Petiri are present at the beginning

Madschabu dips the brush himself and makes two blobs

Chicca has been observing everything since the beginning

Madschabu wants to take the brush

Angela sends the others away

Blacky is not really motivated
Pili is annoying again

Chicca would like to join, but is not allowed by Angela
Angela frightens Chicca with water because she is showing dominant behavior

Mojo is urinating on us
He gets banished as well

Pili, Petiri
Pili interacts with the paint for a long time; he puts his fingers in the paint, but he mainly just eats it

Today's mood was rather tense and restless. Chicca was aggressive and would have liked to stroke. Angela did not want her to, which led to unrest. The twins were particularly annoying today, although Pili was calm and focused at the end, which pleased us quite a lot. Blacky seems to prefer not to stroke at all if she is going to be disturbed in doing so the whole time. Brigitte was also restless today. All in all, a rather unproductive day. Let's see how it will develop in the future.