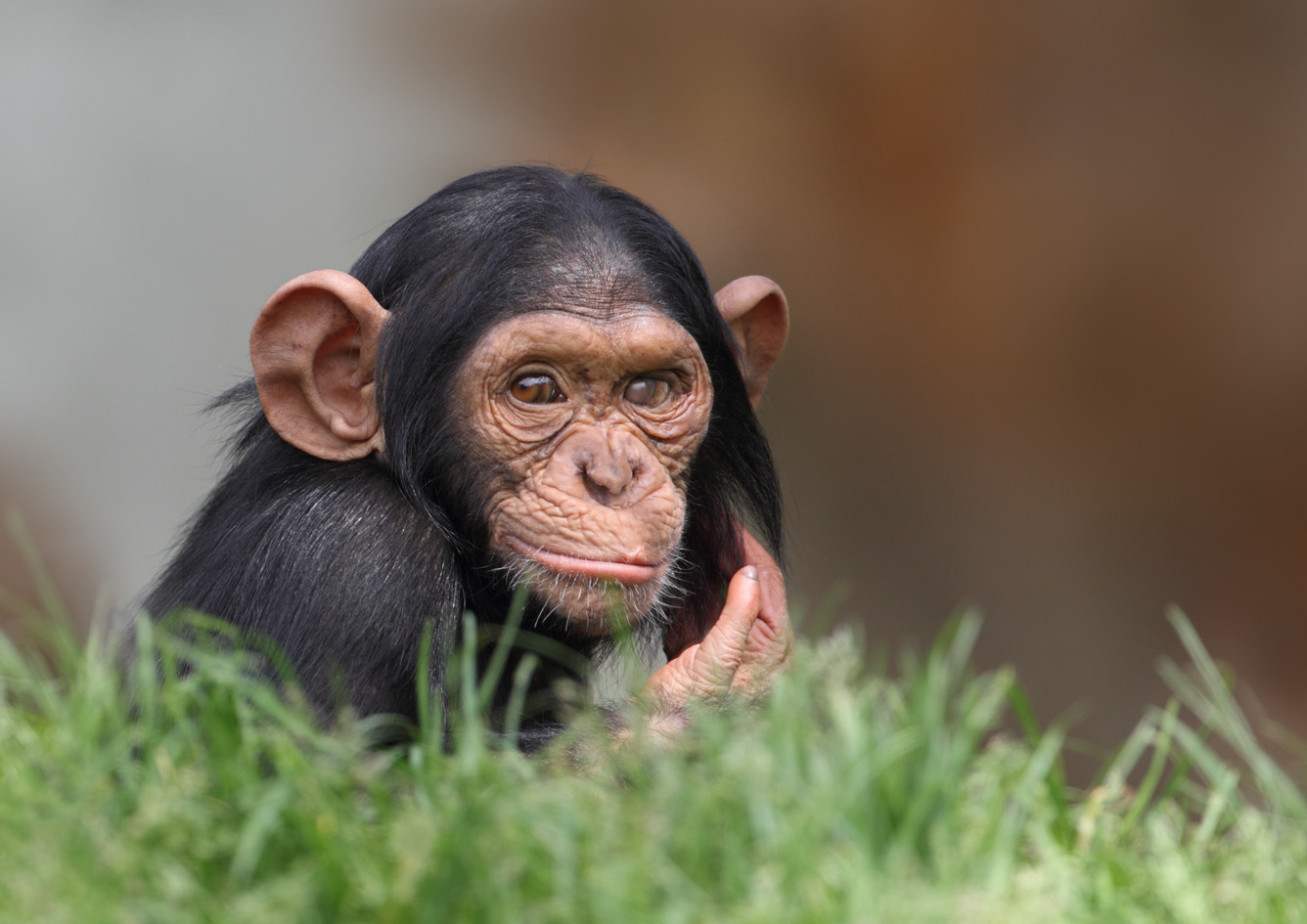 Son of Brigitte and twin brother of Pili

Petiri had a serious accident in 2011 and since then has been blind in one eye and most likely deaf in one ear. He has a slightly sloping gait and is not quite up to the top form for his age. He is still very closely connected to his mother, Brigitte, who often carries him on her back. Digit tries to detach him again and again from his mother, which is often the reason for loud arguments between Digit and Brigitte.

Petiri, like his twin brother Pili, initially only attracted negative attention. He had always tried to steal the brushes and tear the paper away with his brother and Pembeele. He was always there to upset Blacky while she was stroking with the paint. Since his twin brother started regularly participating in the sessions, he has also often been actively present and has already put some brush strokes on paper. It is remarkable that he often has problems dipping the brush, which is due to his limited motor skills. He is not as active as Pili and often only takes the brush and then goes a little further away.

From Petiri we have 13 manifestations.

Petiri made his first color stroke on 3 June 2014.