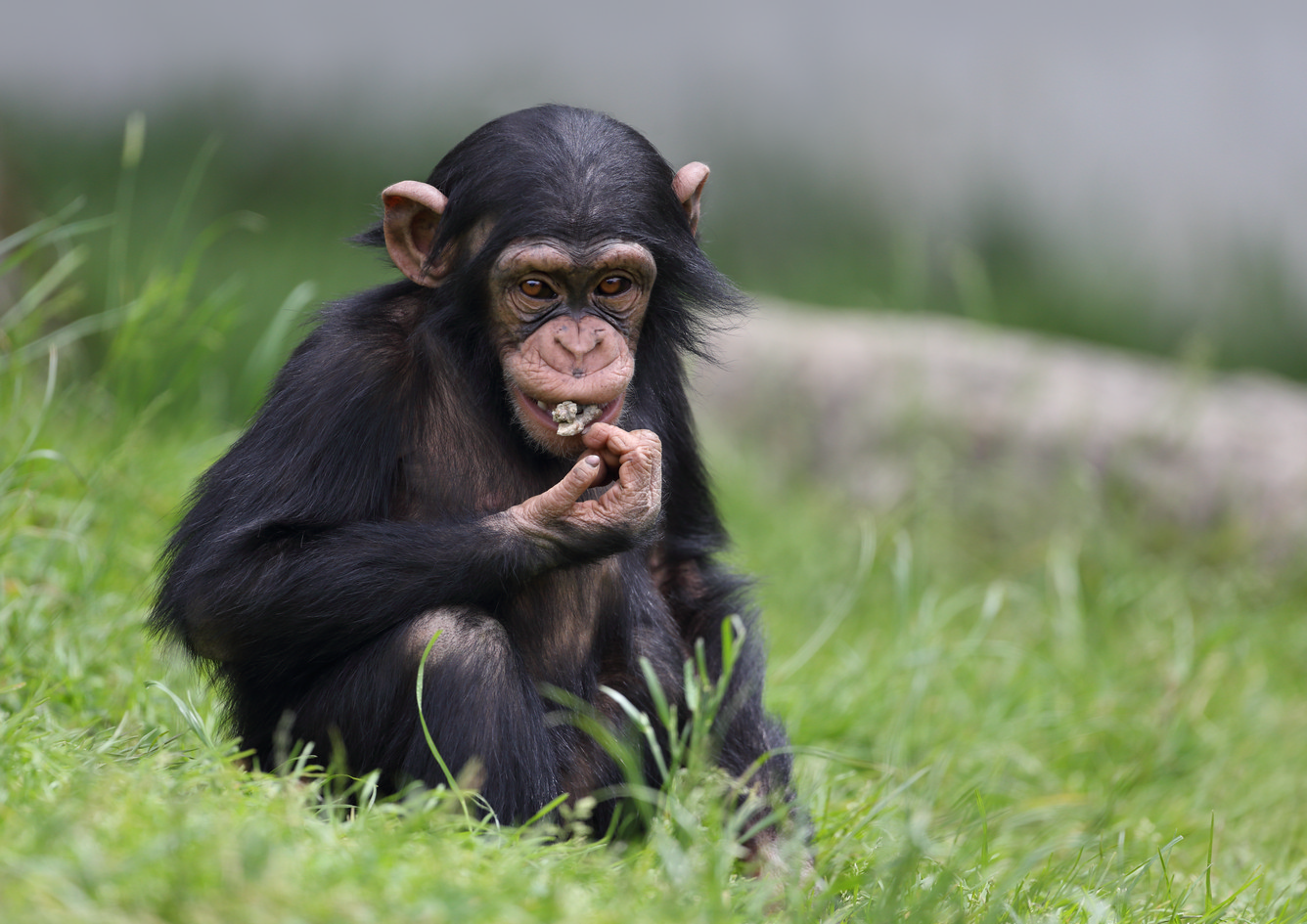 Pembeele is the baby of the group and still uses this to his advantage. He is a self-assured and insolent young chimpanzee and is also still very playful.

Together with the others from the P-group – Pili and Petiri – Pembeele initially appeared only as a troublemaker. His only focus was to steal the brushes and tear the paper from the wooden board. He was also very active in bothering Blacky. After more than a year, he started to consciously take the brush and smear the color on half the floor with his hands and feet. No other chimpanzee has shown similar behavior. Since this event, however, he only was present sporadically, and his interest in the painting implements does not appear to be very intense despite his young age, which, in comparison to early studies, is remarkable.