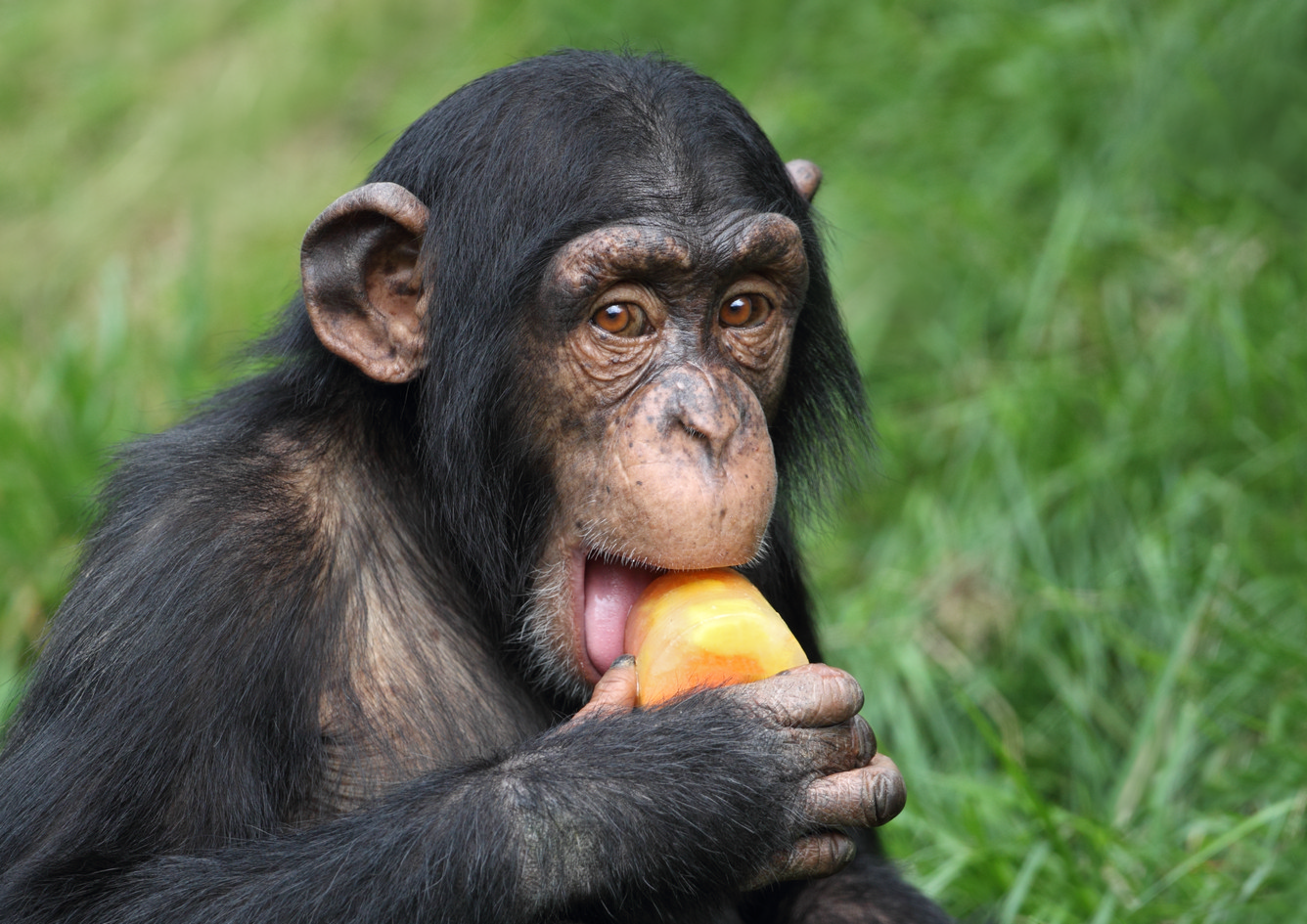 Born on 5 December 2007 at the Walter Zoo Gossau

Son of Chicca and Cess

Mojo is an exceptional chimpanzee. He is very sensitive, careful and patient, but at the same time, he is the one to throw a handful of mulch after the caregivers. When the others aggressively banged against the painting implements, he initially knocked very carefully to examine them.

Mojo was outstanding within our investigation: first, he was the one who knocked on the wooden construction very inquisitively in order to see what this thing was exactly. Later, he was the one who had a strong reaction against the paint. When we wanted to give him a brush previously dipped in red paint, he was so frightened that he didn't appear at the setting again for a few months. Whether it was specifically the color red that reminded him of blood or whether the reaction was independent of the actual hue is difficult to say. Later, he slowly approached the setting again. It is remarkable that he needs a certain amount of general calmness within the setting to approach at all. If the group is too excited, it is obvious that Mojo certainly does not come to the painting implements. The few times when everything was right, Mojo was very sensitive and cautious. He dipped the brush into each color pot, one after the other, and observed what happened. When someone approached him too closely, he threw the paint-dipped brush at her or him. Mojo has barely painted on any of the sheets of paper. Nevertheless, his focused and cautious way of handling the painting utensils is remarkable and actually points to a great potential.

From Mojo we have 8 strokes of paint on paper.