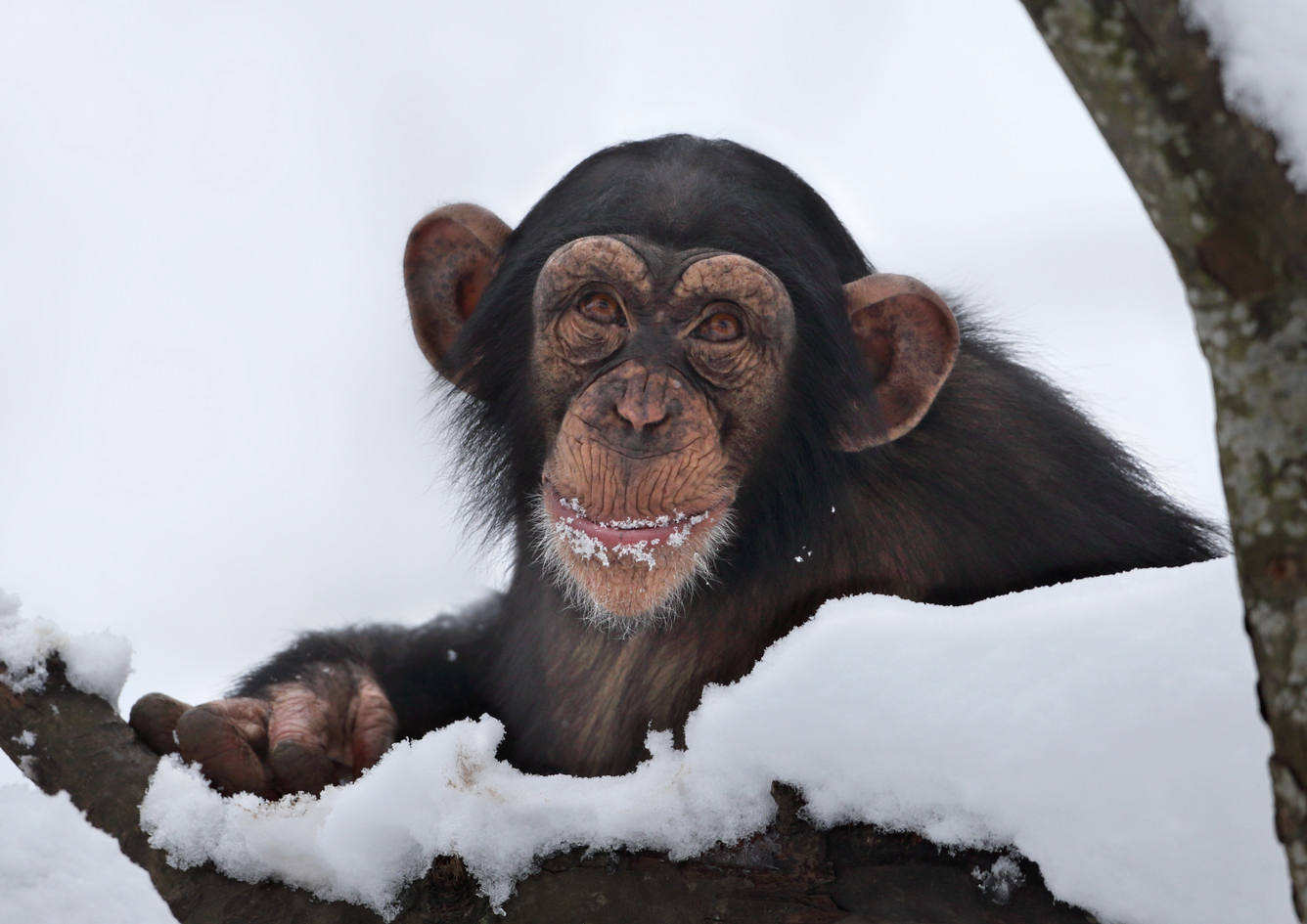 Son of Blacky and Digit

Madschabu is the most mature of the group of young males, which also include Mojo and Malik. Lately, he has often been with the adult males Digit and Cess and is slowly growing out of his childhood phase. He is a bright and friendly chimpanzee.

After a certain time, he kept up with his mother Blacky by stroking colors and since then, he has been one of the main participants of our sessions, along with Chicca, Pili and Blacky. Madschabu always stroked the color extensively and fervently on the paper. He also often held the brush in his mouth, or even used his tongue to apply the paint on the paper. He once produced a circle in the radius of his arm on the wall while sitting on the rope. After his mother stopped coming to the sessions because of her pain, he wasn't really present any more, either. After the death of Blacky, he virtually ignored us and passed us silently without even shrugging his shoulders.

From Madschabu we have 39 manifestations.