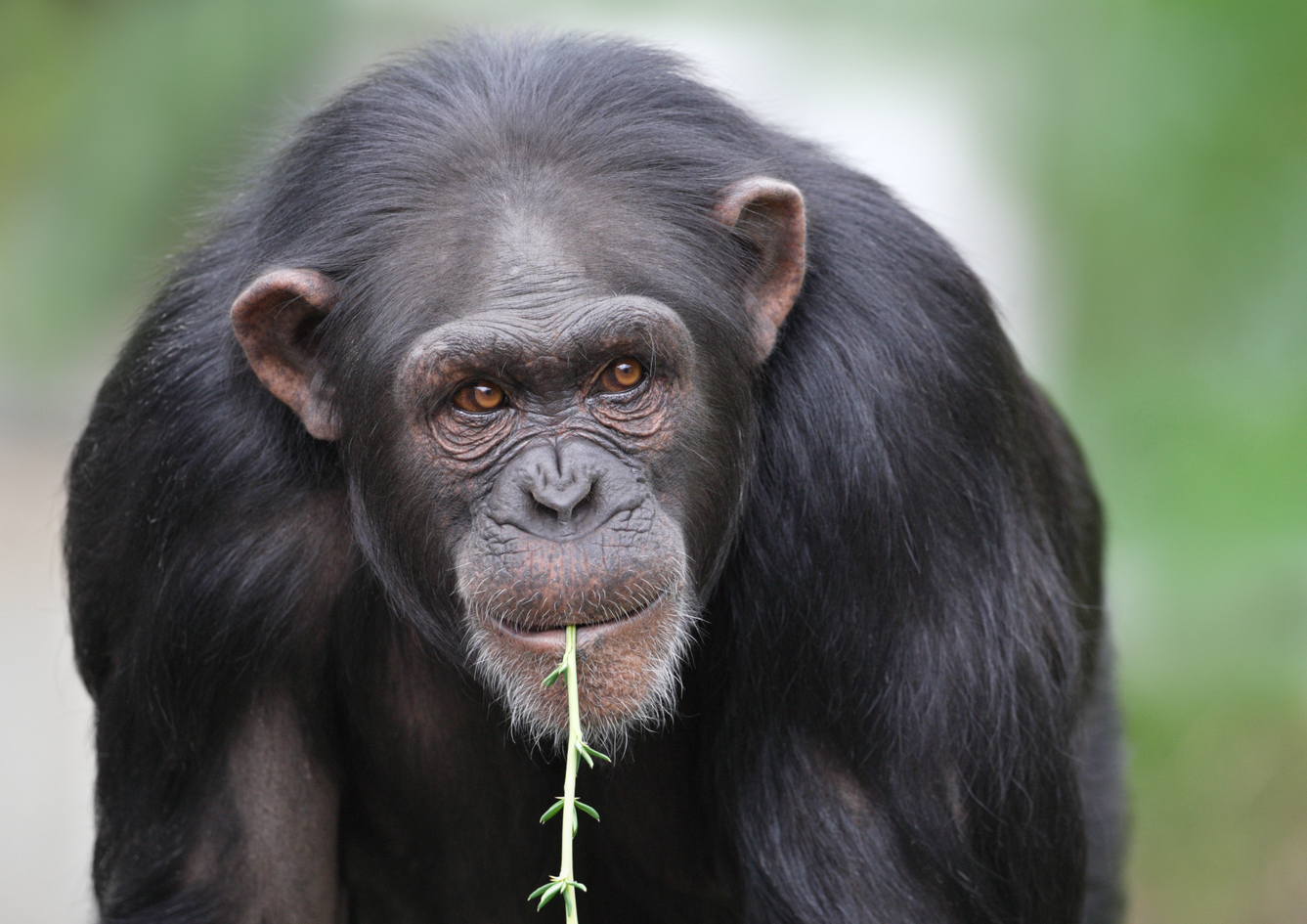 Mother of Malik and daughter of Cess

Elisha lost her mother at the age of four and had to struggle her way on her own. She is the daughter and favorite female of Cess. She often behaves nastily and is overwhelmed when she gets separated from her son, Malik. Elisha is rather anxious and clings to the others.

Elisha regularly came to the painting implements for a certain period of time and has also shown a focused way of stroking the paint. This was especially the case when Sabine Wiedemann conducted the sessions. This points to the role of the caregiver and her or his influence: not every chimpanzee can be with every caregiver and vice versa. We have observed that Elisha reacts to an existing color field by painting over it. We observed the same pattern of action later from Mojo.

From Elisha we have 16 manifestations.

Elisha made her first color stroke on 18 February 2014.