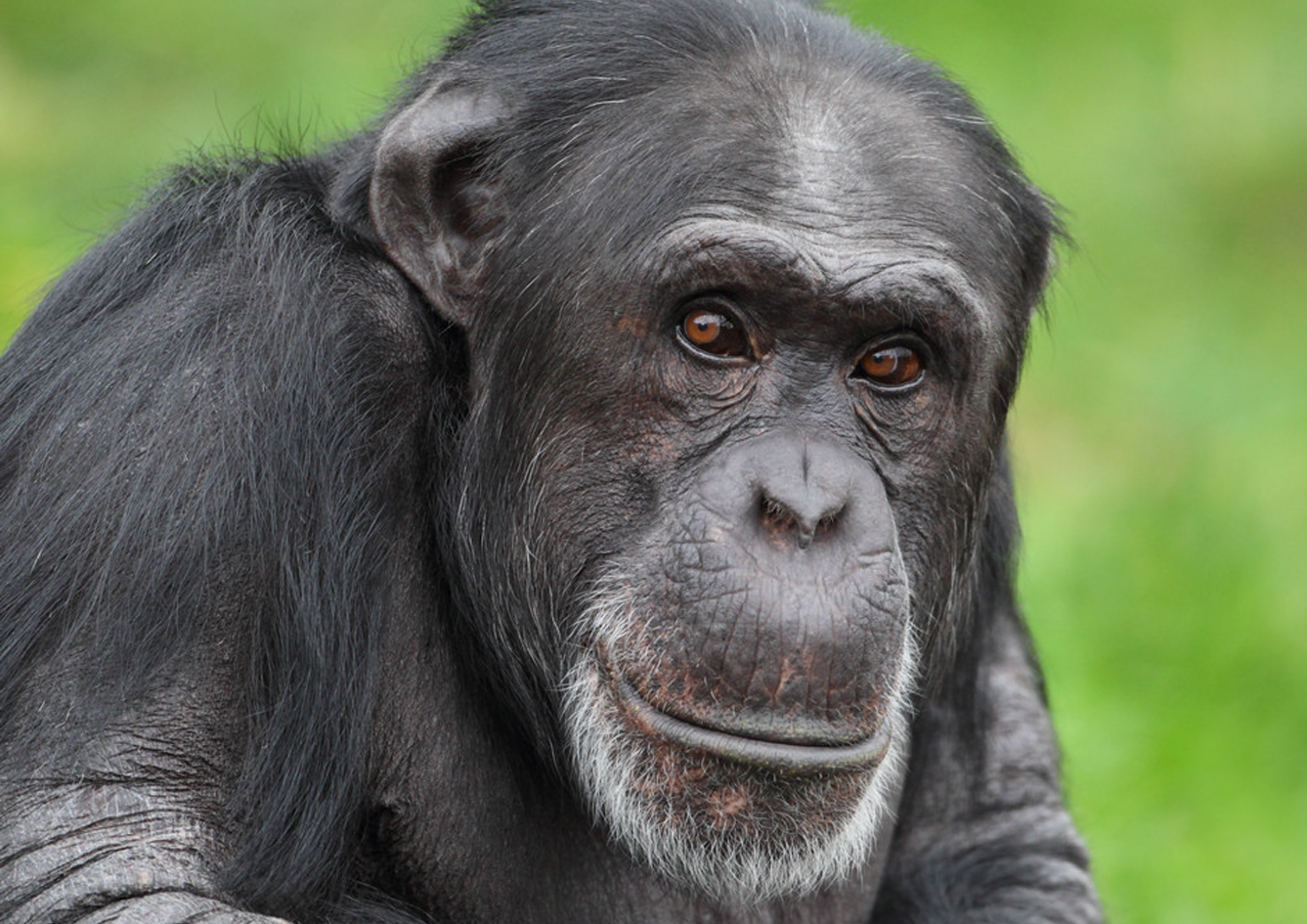 Since 1987 in the Walter Zoo
Father of Elisha, Malik and Mojo

Cess was the alpha male of the group until 2008. He willingly ceded his position in the hierarchy to Digit because he was overwhelmed with the situation. Digit was at that time sixteen years old, which is actually too young for this role. Cess has a rather impatient nature and is quickly stressed.

He shows no understanding for the painting implements. He sits down every now and then, hoping to get a date for returning the brush. It seems that he is rather overwhelmed by the situation and does not understand what he can do with the brush. This is shown by the fact that he returns the brush immediately without any further inspection.