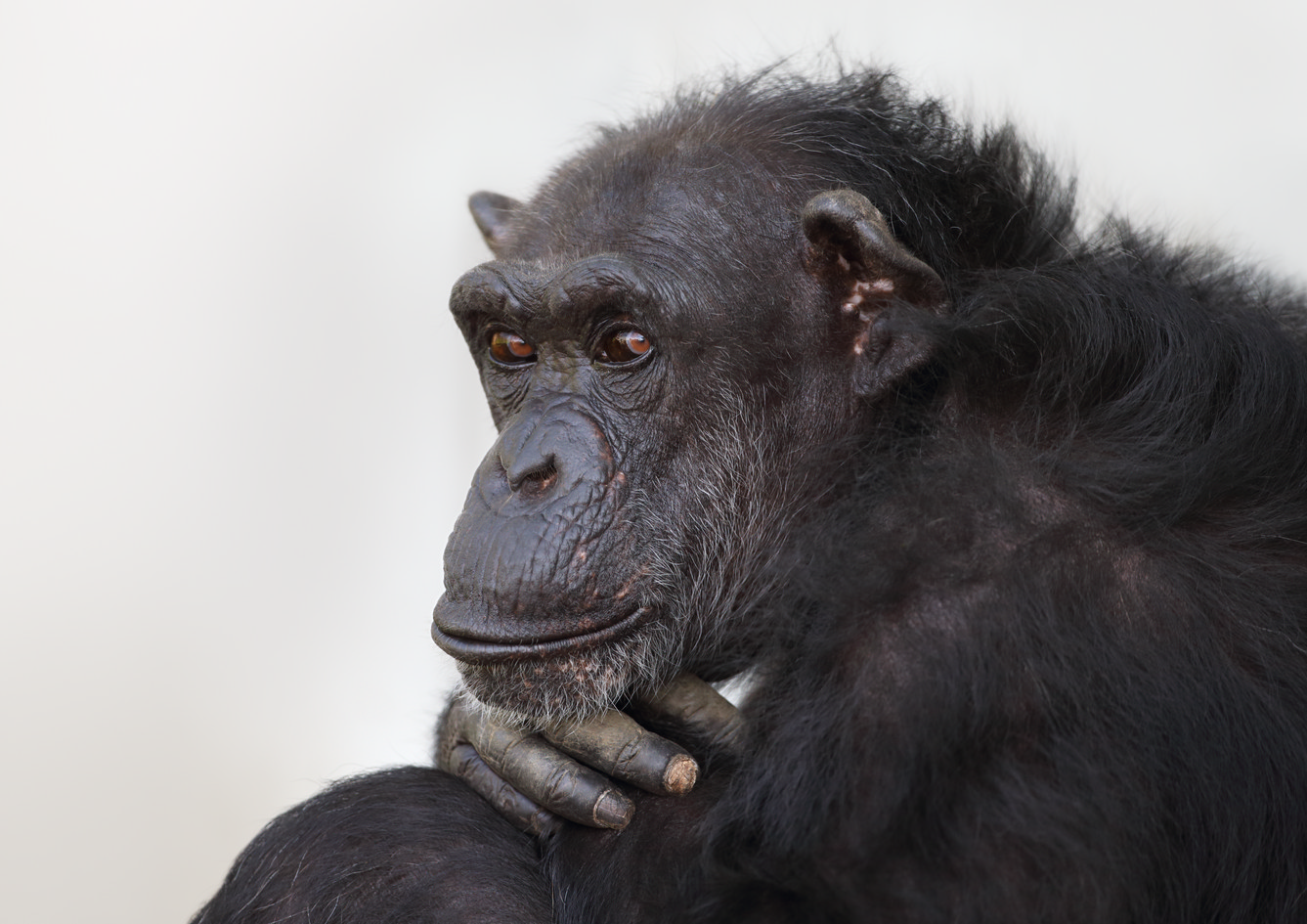 Mother of Fanny and Madschabu

Blacky was a caught in the wild and raised by humans. She was more of a loner and had a strong relationship with her caregivers, which is probably related to her prehistory.

She was also the first to devote herself regularly to participating in our sessions. She always looked forward to our meetings and waited for them beforehand.

Blacky showed the greatest potential, as well as an actual inkling of the use of the painting implements, pointings beyond examining the paint just as a material. In time, she adapted her way of holding the brush and repeatedly brushed large and closed areas on the paper, which indicate a differentiated use of the utensils in use. She periodically pushed the board with the attached paper towards us as a signal that she was finished with the stroking activity for the time being. She then began stroking the paint again on the next sheet of paper.

In November 2014 we unfortunately had to say goodbye to Blacky. She succumbed to her suffering after many years of illness.

From Blacky we have 63 manifestations.